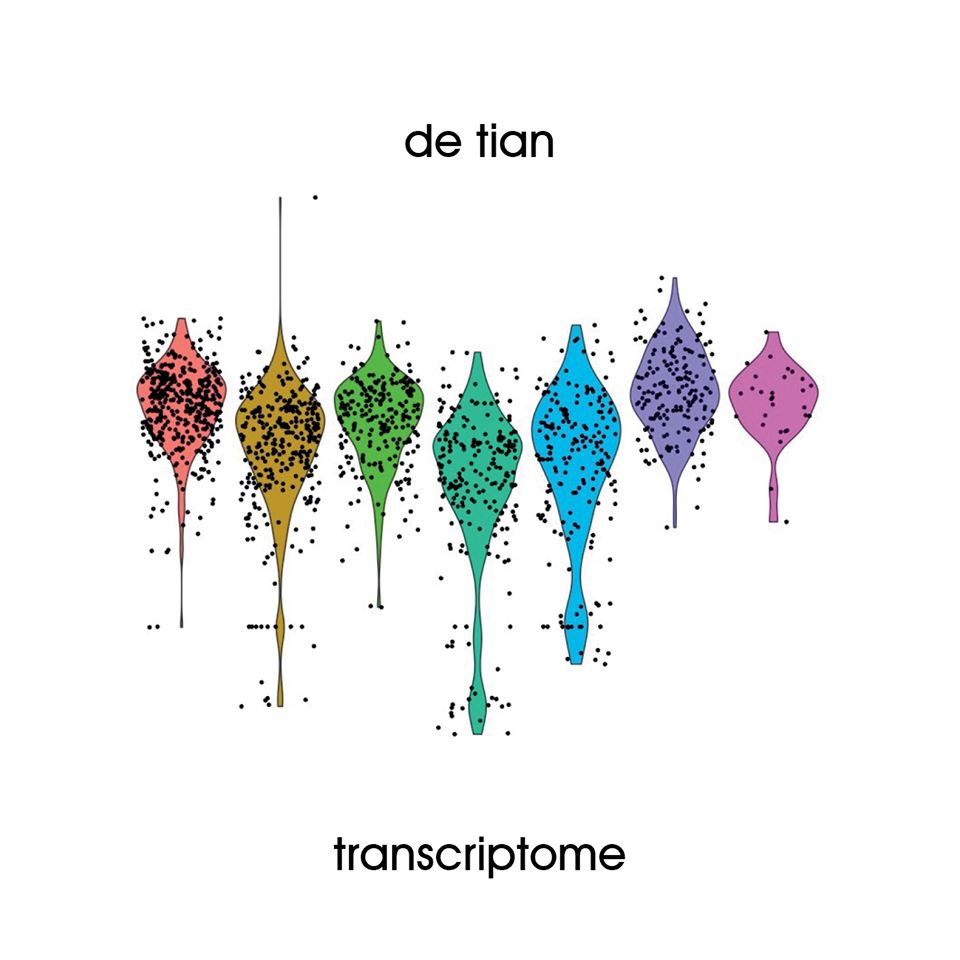 Elsewhere in these pages, you might find the assertion that Martin Archer is a very good thing, or words to that effect. He’s involved here, as a member of an improvising ensemble that has existed in various forms since the late 70s, when the Sheffield scene was an exhilarating mixture of post-punk, new wave, avant-garde and undefined musical practices.

1978 was the year Pulp started out in Sheffield, but also the year when Paul Shaft, apparently disillusioned with the rock scene, started experimenting with former roadie Paul Hague. de tian gigs were events, with visuals, sometimes a conjuror and an aesthetic that seemed to come from the darker habits of Stockhausen’s children.

The new de tian includes Archer on his usual range of horns and electronics and is inspired (and indeed scored) by a series of transcriptomes, a term that refers to the integral of RNA transcripts within a particular population of cells at a given moment. It’s a usefully elegant metaphor for a certain kind of improvisation and however the musicians individually reacted to the illustrations that serve as track titles, one can see as well as hear directions through the music.

All this will seem like stuff and nonsense to anyone who wants familiar tunes and no messing about with high-flown scientific ideas. But of course the ideas in question are as basic as sand and aggregate and all music has some kind of cellular reality.

The best response to a doubter is simply to put the music on. It doesn’t swing. It doesn’t have regular beats that you can count on your fingers. But it has LIFE, and in these days, that seems a lot more important. The band may have a trendily lower-case name, but the vitality is written in block caps.