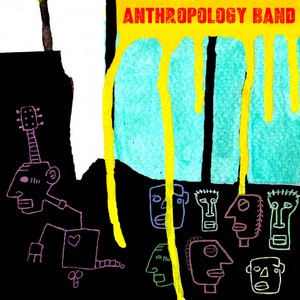 Martin Archer is one of the heroes of British music. He’ll be best known to some as a member of Hornweb, but having more or less renounced live playing for studio work and shepherding the eclectic Discus imprint, he has gone on a long and fascinating journey, exploring electronic music, “classical” compositions, making records with Julie Tippetts and other collaborators, and is now back in a realm that approximately fits the parameters of post-bop jazz. In terms of his instrumental and stylistic range, influence and dedication, he has some claim to be dubbed Britain’s Anthony Braxton, but less cerebral and “cool”.

What we have here is basically two separate performances of a single notated piece by Archer, orchestrated for the second version in collaboration with Charlotte Keeffe. Unexpectedly, or not, Archer takes Miles Davis’s electric period as his starting point, which makes sense for the septet, but posing the ensemble players the intriguing question of what Bitches Brew would have sounded like if arranged by Gil Evans, rather than jigsawed by Teo Macero.

For a time on the second CD, the ensemble seems to be doing little more than adding shadow lines to the saxophone and trumpet, but gradually the band comes together, not just expanding on the small group concept (“with orchestra”) but creating something new out of the same basic material. Wishful thinking might lead you to hear snatches of Miles music in the mix: I got a couple of earworm tags of Bitches Brew itself, but these are incidental. Archer has form with (kraut)rock, classical, ambient and just about everything in between and this represents one of his boldest and most interesting syntheses.

Chris Sharkey and Peter Fairclough are key elements in the mix and the sense of constant return is hypnotic. The sections are mostly short and to the point, so there’s no question of inaccessibility and a pervasive (he’ll hate me using the word) pastoral strain keeps the urban thump in check.

"Anthropology Band is a joint endeavour by Martin Archer, who composed the septet music on CD one, and trumpeter and flugelhorn player, Charlotte Keefe, who helped to compose the brass and wind ensemble version of the same fifteen part work on CD two. Version one starts in avant-garde form with Chris Sharkey’s electric guitar, Pat Thomas’s Rhodes and Corey Mwamba’s vibraphone gradually entering; Dave Sturt (well known to us through rock collaborations) on bass, and Peter Fairclough on drums. John McLaughlin immediately springs to mind in the guitarist’s approach, while the trumpet playing and overall feel is suggestive of Miles Davis’ ‘Bitches’ Brew’ and ‘Big Fun’ period.

‘The Dancer and the Spark’ reveals what a gifted trumpet player Charlotte Keefe is, with Pat Thomas adding thoughtful piano backing. There is a rock interlude on ‘Behind Another Sun’ with a memorable bass riff, splendid vibes, trumpet soaring over the electric piano chording with guitar interjections. ‘Why Say?’ has a thick layer of bass (Sturt’s bass playing throughout is amazing), Archer’s tuneful saxello building an atmosphere over shimmering vibes and electronics. ‘Concrete on Sunshine Steps’ affords space for the bass while ‘Snap Call/ Back Wall’ has an excellent strident four note electric piano motif that proves, along with the staccato guitar and saxello, that the Anthropology Band can swing with the best of them.

As we progress Fairclough’s thoughtful drum work becomes more central, the expressionistic guitar giving way to trumpet again in the longest number, ‘People Talking Blues’ (10 minutes), a sleepy extemporisation, flugelhorn playing a part and, before we know it we have reached the final piece ‘The Wrong Stuff 4 U’ which is another inspired piece of jazz rock fusion with a great bass riff and fast flowing trumpet, perfectly complemented by the vibes, which plays a significant part in the music. So another eighty minutes is to come on CD two and it is intriguing to listen to how the same music reveals different characteristics with no fewer than five saxophonists, including Martin Archer, who plays soprano, tenor and baritone, as well as bass clarinet (as does Alicia Gardener-Trejo).

Mick Somerset’s variety of flutes and piccolo and Nathan Bethany’s oboe and cor anglais give the music a different sound, of course, but the integrity and impact of the basic piece are both retained and enhanced in this other version, which answers the question as to why release the same piece twice with different instruments and arrangements. Central to it all is Charlotte Keefe once again, who continues to coax some amazing sounds from her trumpet and flugelhorn, and who is joined by a brass section of her own comprising another trumpet, trombone and tuba.

My first instinct on listening was to listen all over again and I wasn’t disappointed. The way in which atmospheric, improvisational sections of music burst into fully-formed pieces of jazz rock, which are both memorable and infectious is a joy, and Martin Archer and his gifted accomplices have pulled off a very rare trick in producing music that is true to the spirit of free form jazz and yet features melodies (and funkiness!) rarely heard since the heady days of the birth of jazz rock fusion."