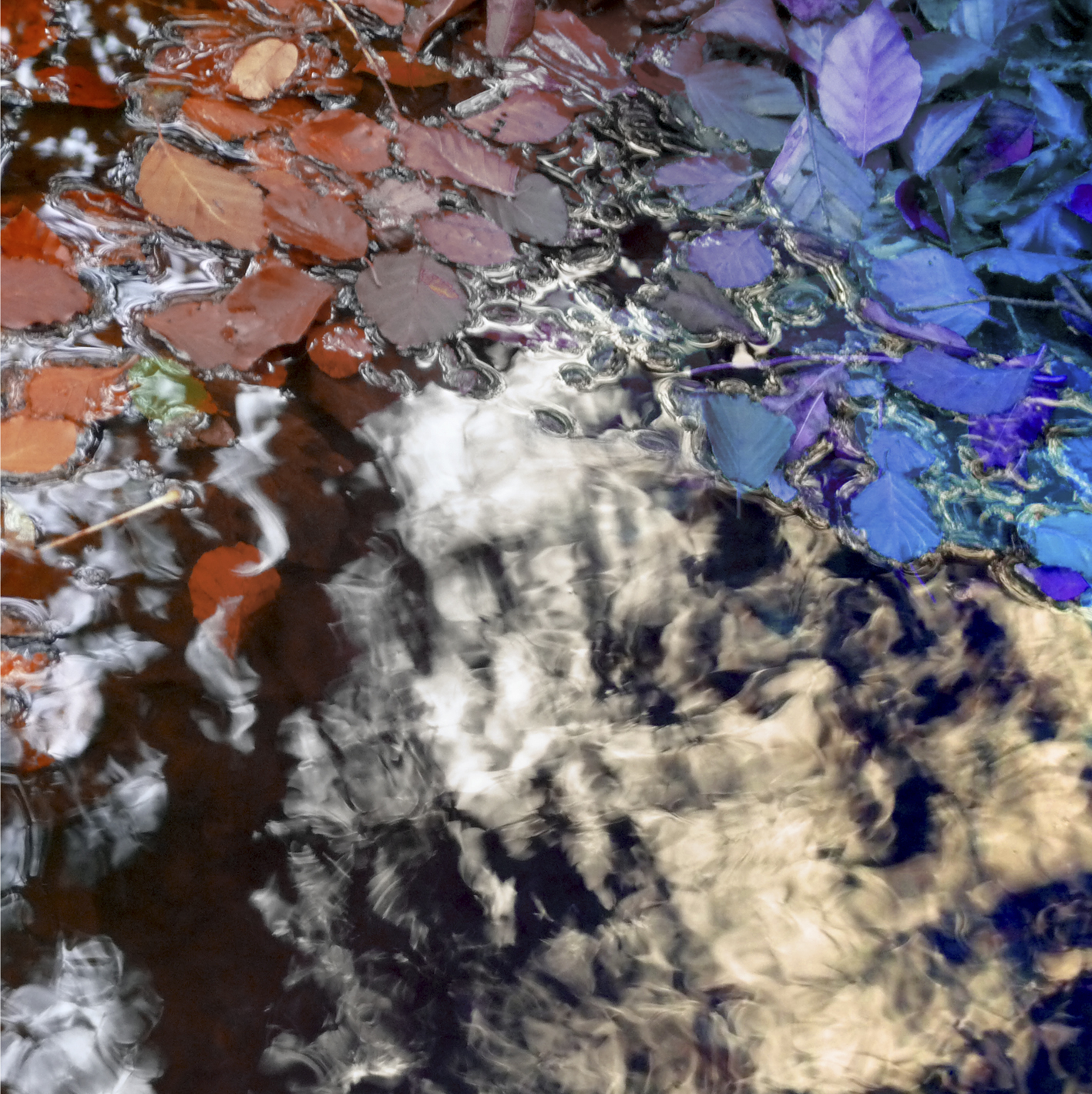 A second CD from this collaboration by Sheffield's finest pair of electroacoustic composer / improvisers. It is essentially a live concert recording reworked and added to in the studio. In form it is 2 carefully orchestrated climaxes followed by a melodic coda. There are no preconceptions about fitting into any recognised genre. Reduced activity improv, free jazz, beats and textured soundscapes all play a part here. Much of the background ambience comes from Hervé's field recordings made in the open air in southern Italy. These natural sounds are carefully woven into the music. The dynamic is of music played in front of an audience rather than collaged together in the studio.

Hervé Perez
Hervé's sonic work pans from composition, film sound and installations to live performances. From his time at art school, encounters with acoustic ecology, electro-acoustic composition, psychoacoustics and related philosophy of sound production and design allowed him to merge his compositions for instruments on the one hand, and field recordings and digital work in the other hand with the fluidity of gesture of his visual work. He makes a racket with the free improvisation collective - gated community - playing guitar and various resonant objects. He collaborates with improvisers, in France and in the UK or anywhere a resistance emerges. His solo work on laptop sometimes accompanies visuals and films from the composition and design of soundtracks to improvised soundscapes. Sometimes you have to dream up your own. His laptop rattles the nerves of academia in the dark spaces of acous-mania. Some people scream. Some bleed to death. Disruption is everywhere. In the safe place of the sitting room, in the near inane, in the religious amnesia, in the lull of beta sofa and tv procurantism. Economia verbalis. Hypocritia interestus. The architecture of immobility. Frémir le silence. Every wall has a crack. Find the wave length. He is also developing his technique for soprano saxophone in a search for resolutely organic sounds for the mind and the body.

Unobtrusive and unconventional hero of British jazz, Martin Archer, is a very well known figure to the readers of this magazine. One of his frequent co-workers is Hervé Perez; both men have been united by their passion to play woodwind instruments and using electronics in a way that it has not got a cold and flat sound and so it gains the spontaneity of improvised music. Perez is being very much helped by field recordings. As duo Inclusion Principle they have just issued a second CD under Archer´s brand-name. It contains eight tracks on the edge of electroacoustic composition and electroacoustic improvisation. Above the fibres of quiet beeping are flying more massive patches of the sound of the highest and the lowest spectrum of audibility, with a sound not dissimilar to whistling in a funnel, but never unpleasant to be listened to. And in addition overtones of friable improvised (oh, that profaned expression) insect music, with surprisingly extended silence among small individual tiny sounds. Nymph Echo lives her own life and apparently she has issued forth a journey of getting an award of unpredictability, but she does not forget that she has to stay graceful and at least a little bit approachable. There is organ vegetating somewhere. The leg sinks into the peat, twitches and squelches. Saxophones are splicing their snakes very rarely and almost exclusively somewhere in a sonic background - they are melodically expressed only at the end of the album and it is a catharsis. Enough of shallow metaphors: I have not heard a better album from Martin Archer yet. - Petr Ferenc hisVOICE

First on were a duo made up of Herve Perez (Sndsukinspook) and Martin Archer both with reeds and laptops. Insect like tweets and squeaks gave way to ambient textural sonic scapes combined with some free jazz freak-outs with levels at time almost inaudible. Martin played with some kind of midi wind controller which seem to move somewhere between bass clarinet and church organ. Lovely stuff. - ELECTRONIC MUSIK

Inclusion Principle is the team-up of Martin Archer and Hervé Perez, and on The Leaf Factory Fallback (DISCUS 38CD) we've another dazzling example of their rich and elaborate studio constructions made from saxophones, field recordings, software instruments and keyboards. Unlike so many who over-process their work in the relative calm of the digital world as they gaze serenely at the laptop screen and bleed all the passion out of their music with a million and one unnecessary tweaks, Archer and Perez never once lose sight of the live recordings that are the heart of this work. There's gallons of aural pleasure to hear what they do with filters, edits and near-impossible twists of sonic taffy-pulling, but at the core of each astonishing track you'll hear the puff of human lungs making saxophones howl and bellow like motorised dinosaurs. Another tremendous piece confirming Archer's under-recognised skill for creating truly inventive and powerful electro-acoustic music. It baffles me why Chris Cutler hasn't phoned him up for a duo date. This album was paid for by advance subscription (something Cutler used to do on his Recommended Records label to sell mail-order only vinyl goodies), and the names of Archer's supporters are printed on the back cover. - SOUND PROJECTOR

Duo Martin Archer and Hervé Perez are electroacoustic improvisers who combined their talents in a live concert and reworked this for a studio album. You can hear multilayered sounds structured with slow movement in a spatial environment, like a soundscape with many recognisable elements, painting the slow movements, still based upon texturing impressions. One can hear the live performances of field recordings with scratches of rubble and rubbing, ranging from sound qualities of plastic to iron, mixed with electronic pitches and clicks, the high pitched sounds like rhythmic textures, then radio waves peeps or electrified sounds, slower movements in space, and deeper tones of slow rhythms, backgrounds that can have an environmental landscape character, or that of a semi-Gregorian composition. Deeper tones can sound like boats, passing. Some of these deeper tones are improvised on baritone bass adding more “real” aspects to the improvisational feeling inside the sonic landscape and structure. Occasionally the slow-and no-beat descriptions add more inner rhythmical movements with some alternative techno rhythmic tensions within range . -  PSYCHE MUSIC