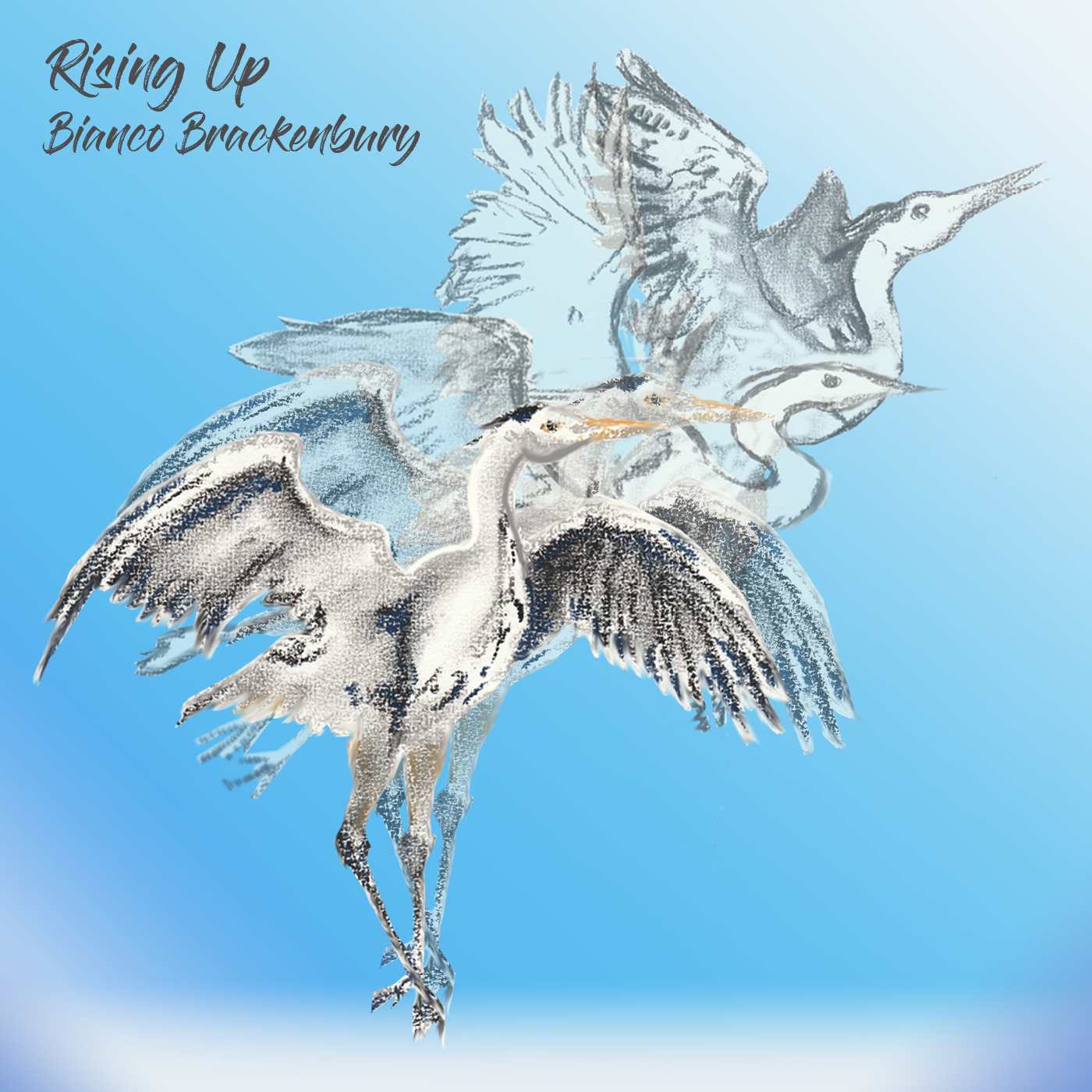 Talk about your dynamic duos. Drummer/bassist Tony Bianco and violinist/violaist Faith Brackenbury have pooled their talents to come up with one of the best such meetings in recent memory. Recorded in the spring of 2021, these three long pieces go a long way to demonstrating the pair’s collective psyche as they stormed the studio. Bianco’s pedigree is the sturdy backbone that anchors this recording: he’s lent his particular genius to recordings with such sterling colleagues as Paul Dunmall, Elton Dean, and Evan Parker, but his tenure in fusion outfit Machine Mass (alongside Dave Liebman) is what really gives this disc heft. Though relatively new on the scene, Brackenbury’s classically trained and talented as all get-out; it’s obvious there’s a telepathic sensibility these two share, evidenced by the powerful synergy fomented during this collaboration.

Point of fact: they didn’t nick their disc Rising Up for just beer ’n’ skittles. During the thirty-one minute trajectory of the title track, the duo presage something of an acoustic mini-Mahavishnu Orchestra, Bianco’s shapeshifting percussive maelstrom (atop overdubbed bass) echoing Billy Cobham’s fire and brimstone, as Brackenbury whips up strokes of tornadic muscle in the finest Jerry Goodman tradition. The level of energy maintained across this expansive landscape is nothing short of breathtaking; Bianco manages to not only rock his kit into submission, he provides the essential blueprint from which Brackenbury spills wild, far-flung tonalities across cartographic oceans. Afterwards, “Gypsy Softbread” walks tentatively across the now-scorched earth, Brackenbury’s viola peeking its head out amongst Bianco’s probing cymbals, scattershot shakers, and weary snares, all to ponder how to navigate the vast emptiness left in their wake. Serenity now? Not exactly.

The closing fifteen minutes of “Assassin” hardly lets its guard down. Bianco first teases us with some gently arousing surface noise, but his drumstrikes inevitably pick up a mighty head of steam, the better for Brackenbury to alternately sustain then attack; as she responds to her partner’s percussive downpour, her sharply-etched yet remarkably fluid linearity fairly sets the dance alight. Apparently, it only really does take two to tango.