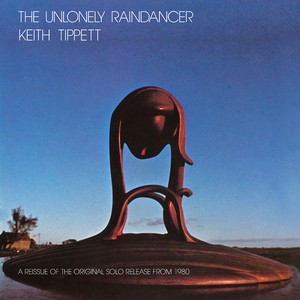 This is a reissue, or rather a reconstruction of the debut solo piano album by the iconic British pianist / composer Keith Tippett. The music was recorded live during Keith's 1979 tour of Holland, but the original master tape which was used to produce the double LP album released in 1980 was lost and Martin Archer, the owner of Discus Music, painstakingly reconstructed it from the original cassette recordings of the tour, which contain over ten hours of music – an obvious labor of love and an act of total dedication to the cause. The album presents nine solo piano pieces, six of which are extensive and last between eight and nineteen minutes and three are miniatures lasting between one and three minutes. Since the music was recorded in five different locations on different pianos, the ambience and sound quality vary.

Tippet admits that this album sets a standard and sort of a blueprint for his later piano solo recordings, which constitute a significant part of his extensive recorded legacy. But it is far beyond jus being a milestone in his career, being also a symbolic statement of the entire British / European Improvised Music scene, which entered the mature stage of its development. The 1960s were devoted to searching for new means of musical expression and were characterized by wild and often chaotic extremism. In the 1970s the European Improvising Music reached a stage of stabilization and crystallization of the chaotic ideas into a series of patterns, which defined the does and the don'ts of the genre and established the Improvised Music circles that grew in London, Paris, Munich and other European cities, including of course also Eastern Europe. But only by the 1980s the genre, or movement, truly established its aesthetics and Artistic goals, which were refined in the process during the two preceding decades.

With this album Tippetts, to some extent obviously subconsciously, but following by his convictions and inner musical motifs, clearly defined the credo of Improvising Music as an amalgam of individuality and complete freedom of expression bounded by the need to communicate with the audience. Where the Avant-Garde music often totally lost its touch with reality and with it the ability to establish a contact with the audience, turning into a nihilistic exercise, Improvised Music tried to be music by people, for people.

As a result, the music on this album, despite its "weird" exterior, is in fact completely coherent and communicative, even to listeners with no previous experience in listening to Improvised Music. Even the lack of clearly defined melodic threads constitutes no barriers, as the music is expressive enough to enable the listener to "find" his own melodic "context" within it. It also inspires a sort of meditative state of mind, which embraces and engulfs the listener gradually, and with the advantage of not having to change the LP are switch sides, it is achieved even more effectively here.

Overall this is an absolute must have to all Improvised Music connoisseurs, a wonderful piece of the history of British / European Jazz, that was almost lost in the tides of time if not for the effort to create this reissue. Go and grab it ASAP!