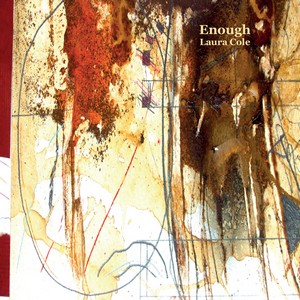 Cole regards “The Two Fridas” and this second double set, the solo piano work, “Enough” as companion pieces. She has written: “The context for both albums was an intensely difficult time in my personal life. Both albums are an attempt to express intimate emotions and thoughts through the creative and recording process; they aim to tell a story”.

Released a few months after “The Two Fridas” Cole’s solo piano release was recorded over the course of two days in November 2017 at the Steinway Recording Centre in Lincolnshire. The work is divided into two clearly delineated halves. Disc One, subtitled “This is Water” mostly comprises of pieces by other UK based contemporary jazz composers commissioned by, and arranged by, Cole.

Its companion, subtitled “As Warm As The Sun” consists of compositions and improvisations by Cole herself. The album was produced, mixed and mastered by vibraphonist Corey Mwamba, who also contributes a composition to the first disc.

“This is Water” commences with a piece by saxophonist Jason Yarde titled “Unisome (Unisin, Unison, Unisone, Unisum)!”. Percussive and rhythmically playful it makes for an intriguing and enjoyable opener.

Another saxophonist, Chris Williams, wrote “Shapes and Sizes”, a piece initially performed by the powerful ‘punk jazz’ quintet Led Bib, of which the composer is a member – he’s also part of Cole’s own Metamorphic group. It’s nothing less than astonishing to hear Cole transform this composition into a lyrical and sensitive solo piano performance, albeit with the occasional pocket of turbulence along the way.

“Subside” was co-written by vocalist Julie Tippetts and multi-instrumentalist and Discus label founder Martin Archer. It’s another lyrical performance, sombre even, at times, with Cole making effective use of space, a characteristic that distinguishes the album as a whole.

“Nardis / Solar / I like to sound like a rainforest / I thank you god” effectively combines the writing of Miles Davis, Ruth Goller and Sarah Jewell into a cohesive, brilliantly recognised and executed whole.

Fellow pianist Alex Wilson’s “Rendezvous” combines a similar lyrical beauty with more forceful, rhythmic and percussive interludes. This segues into “Quantum”, a rather more sombre, and sometimes knotty, meditation written by another pianist, Robert Mitchell, himself an acknowledged master of the solo piano format.

Corey Mwamba’s contribution as a composer is the fifteen minute suite “forgotten letters; Bereft; Tears; bright grey”. This commences in starkly minimal fashion, but with each phrase carrying a whole weight of meaning. The sections that I presume signify “Bereft” and “Tears” sound suitably dolorous with their minor chords and low end rumblings, but along the way there are also glimpses of lyricism and beauty.

The first disc concludes with “Meditations / Fade (Over)”, a collaborative work by Yarde and pianist Nikki Iles which continues the mood of melancholic, but beautiful, introspection.

With regard to “As Warm As The Sun” Cole’s liner notes provide illuminating insights into the inspirations behind some of the individual pieces.

The two opening pieces “Crossing…” and “Crossing” are both improvisational responses to Walt Shaw’s mixed media artwork “Crossing” which appears on the album’s front cover (pictured).

“Crossing…” develops from the starkest of openings, that sense of space that distinguished the first disc now made even more apparent in the heavily nuanced single note phrases that seem to hang in the air. Even when Cole becomes slightly more expansive there’s still a palpable sense of an unnamed vastness and a threatening mood of unease that continues into the companion piece “Crossing”.

“Extinguish” was written for Cole’s daughter Martha, who suggested the word on which the composition was to be based. Although less sparse than the two “Crossing” pieces there’s still a brooding spaciousness about the music with Cole making effective use of the sustain pedal.

“907 / Room With A View” is a reflectively lyrical solo piano piece while the following “Sorrow, and a beautiful blue butterfly” finds Cole reading her own poem with no piano in earshot. The poem possesses its own beauty, but it does interrupt the flow of the album – I accept that others may see it as punctuation. In any event it’s unfortunate that Cole’s words are not reproduced on the album packaging, which would help to enhance the listening experience, or, alternatively, make the work public without interrupting the flow of the music.

“As Warm As The Sun” is dedicated to producer Corey Mwamba and combines warmth and lyricism with spikier episodes that perhaps allude to Mwamba’s avant garde and free jazz leanings.

The companion pieces “Enough…” and “Enough” were written for the sculptor Anne Truitt whose journal “Daybook” encouraged Cole to undertake an inspiring artistic retreat to the Lyth Arts Centre in Wick, Scotland. Cole used her Scottish residency as preparation for the recording of this album, and it was clearly time well spent. Musically the economy and spaciousness of the playing on these pieces is perhaps a reflection of the lonely beauty of Cole’s Caithness retreat. But once again there are angrier, more dramatic moments, perhaps intended to reflect the harshness and changeability of the Scottish climate and landscape.

At a little under nine minutes in duration “The Sphinx” is the lengthiest performance on this second disc. It unfolds slowly and organically, Cole is a musician who never sounds rushed or hurried and who always makes effective use of the spaces between the notes. Her playing is never about mere technique, she is more concerned with making an emotional effect, or in her own words, “telling a story”.

These qualities are also readily apparent in the following “Outgoing Vessels”, a captivating pianistic voyage that covers an impressive stylistic, emotional and dynamic range over the course of its six and a quarter minutes.

“Garden…” and “Garden” are improvised responses to another Walt Shaw mixed media painting, “Garden”, which adorns the album’s back cover. If the holy grail of jazz is for the composed and the improvised to be indistinguishable then Cole finds it here with these performances, somehow managing to sound both structured and spontaneous.

The album concludes with “For Sam”, a piece dedicated to the Steinway at Lyth Arts Centre, which Cole christened ‘Sam’. “We shared some special moments!” she exclaims. The music is suitably warm hearted with a tender, flowing melody and a wilful sense of simplicity throughout. There’s a sense of peace and reconciliation about the music, making this piece the perfect album closer.

Like its counterpart “The Two Fridas” “Enough” is clearly another labour of love for Cole and again is a very personal recording. Following her preparations at Lyth Cole rises to the challenge of the solo piano recording with great aplomb. Her playing is superb throughout, exploring the sonic capabilities of the instrument but without ever becoming ‘showy’ or ‘flashy’. Her carefully sustained moods serve the music well, both the written and the improvised, and much of the music is very beautiful, if a little sombre at times. Mwamba is to be congratulated on the superb recorded sound which captures the nuances of Cole’s playing with warmth and clarity.

Some listeners may regard a double album of solo piano as something of an indulgence, and arguably the spoken word track is, but there’s no musical flab on this absorbing and compelling recording with no track being allowed to outstay its welcome. Cole plays with skill and economy and her work compares well with more famous exponents of the format (Jarrett, Corea etc.).

Fans of contemporary solo jazz piano would do well to check out this tightly focussed offering from Laura Cole.