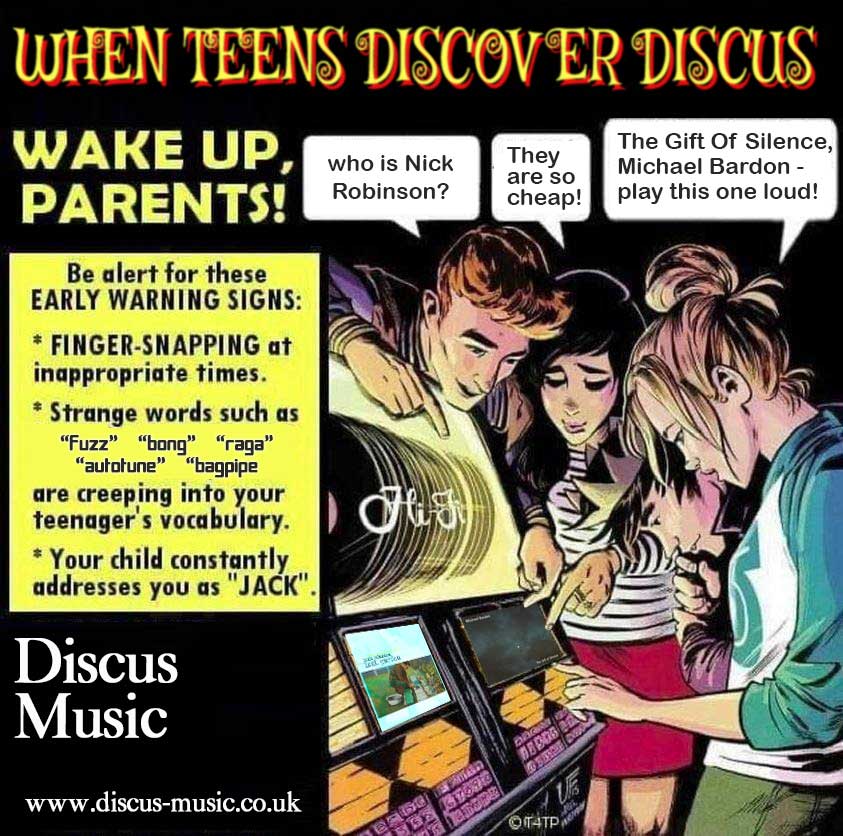 Nick is a guitarist with a long history, most of it not troubling the charts. From the youthful pop of Polydor’s “Typhoon Saturday” through the anarchy of Dig Vis Drill, as well as working with the Comsat Angels, Neil Ardley and many, many more. He has developed an individual musical voice based around the looping and processing of a guitar.

The music evokes many different moods and is both beautiful and challenging in equal measures, like theme music for films that have never been made. Every sound you hear is created by the guitar, other than a live loop of the bells of Cologne (if you listen carefully) recorded in the field.

Some tracks incorporate elements of live improvisations, augmented by studio overdubs, others were composed in the studio. Whilst you may hear influences, Nick’s performances are very much his own vision. He feels that at long last, he has found his voice.

Nick is also one third of fellow Discus Music outfit “Das Rad” (along with Martin Archer and Steve Dinsdale) and in his day job, an origami artist with over 100 books to his name. He has taught and lectured all around the globe. He is president of the British Origami Society! He feels there are many parallels between music and paper-folding and will explain this at length if asked.

Interesting with some excellent playing and innovative atmosphere. I wish you luck with the project.

I liked it very much. All the best in this crazy world we now have...

By turns Ambient, Aggressive, Ethereal, Discordant, Thoughtful and Melodic, it's stunning that all of this music was made on the guitar. A fabulous piece of work!

I like it, great guitar textures, a healthy dose of chaos and of course, lyrical passages...

Tasteful superimposition of down-to-earth electric guitar sounds and noises with otherworldly swirls and shrieks evoking birdlike creatures from aeons gone or lightyears ahead. All this embedded into reverberating spaces of varying sizes, often within the same track. Like a good book, only multiple listens will even start to reveal what has been put into this deep album.

This is stunning, I love the twisted nature of the album and yet everything seems so considered, the format has been distorted and the guitar takes more the form of a spectre to translate an otherworldly sound. The use of pedals / effects is really tasteful, never choosing to get away with anything, it has rough edges and leaves a lot of room which gives the music so much life. 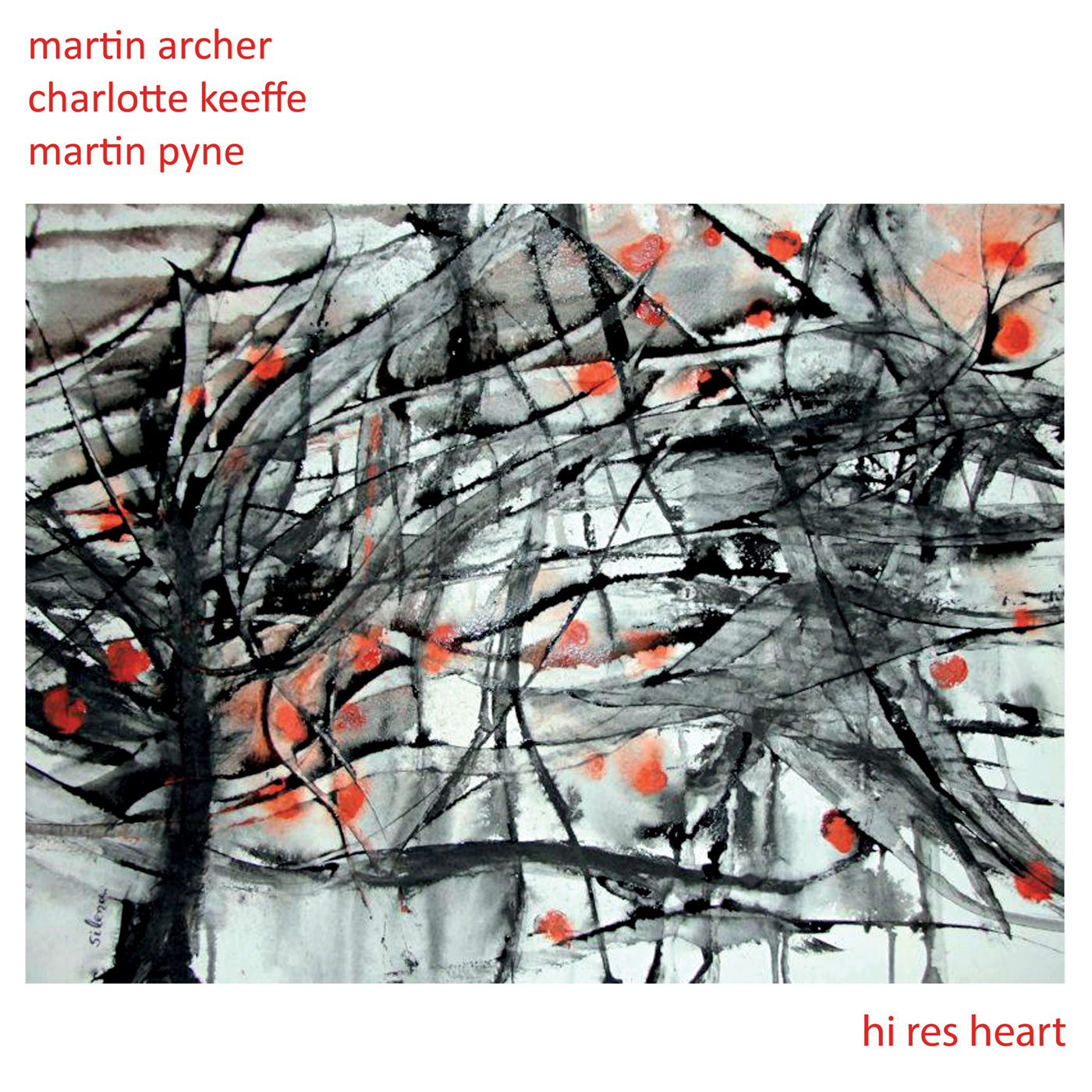 Hi Res Heart is a newly released suite of compositions by Martin Archer (saxophones), Charlotte Keeffe (trumpet) and Martin Pyne (drums and vibes).  Check it out on Discus Music! 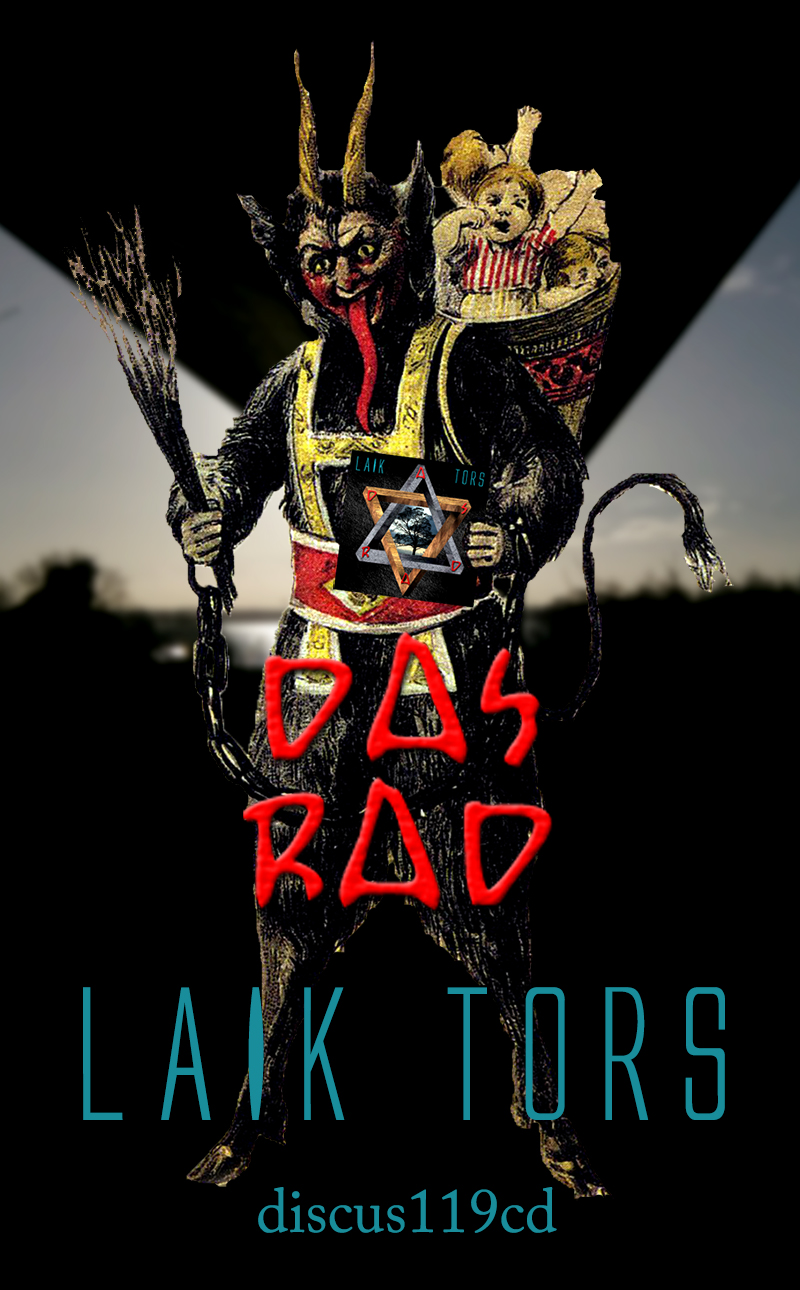 Laik Tors is the third album from the Sheffield-based trio. It follows their eponymous debut and follow-up “Adios Al Futuro”, both of which featured in Prog Rock “Top 20” charts and helped establish the band as a vital voice in modern progressive music. Both attracted some enthusiastic reviews, neatly summarised by “they seem to encapsulate and deconstruct the entire history of British avant-rock in one fell swoop”.

This new recording is a natural progression, building on and refining their core sound, which features a combination of composed and improvised music. The trio have many overlapping musical influences and a shared love of improvisation. However, it is the melding of their individual styles that brings it together within a modern context.

“Is it jazz? Is it rock? Is it folk? Is it prog? Is it electronica? The answer is all of the above and probably a lot more besides. Not that Das Rad care and neither should you. Energetic, incisive and infused with an inquisitive, passionate spirit, Das Rad create music that goes where it needs to. Do what you can to join them on that journey.” 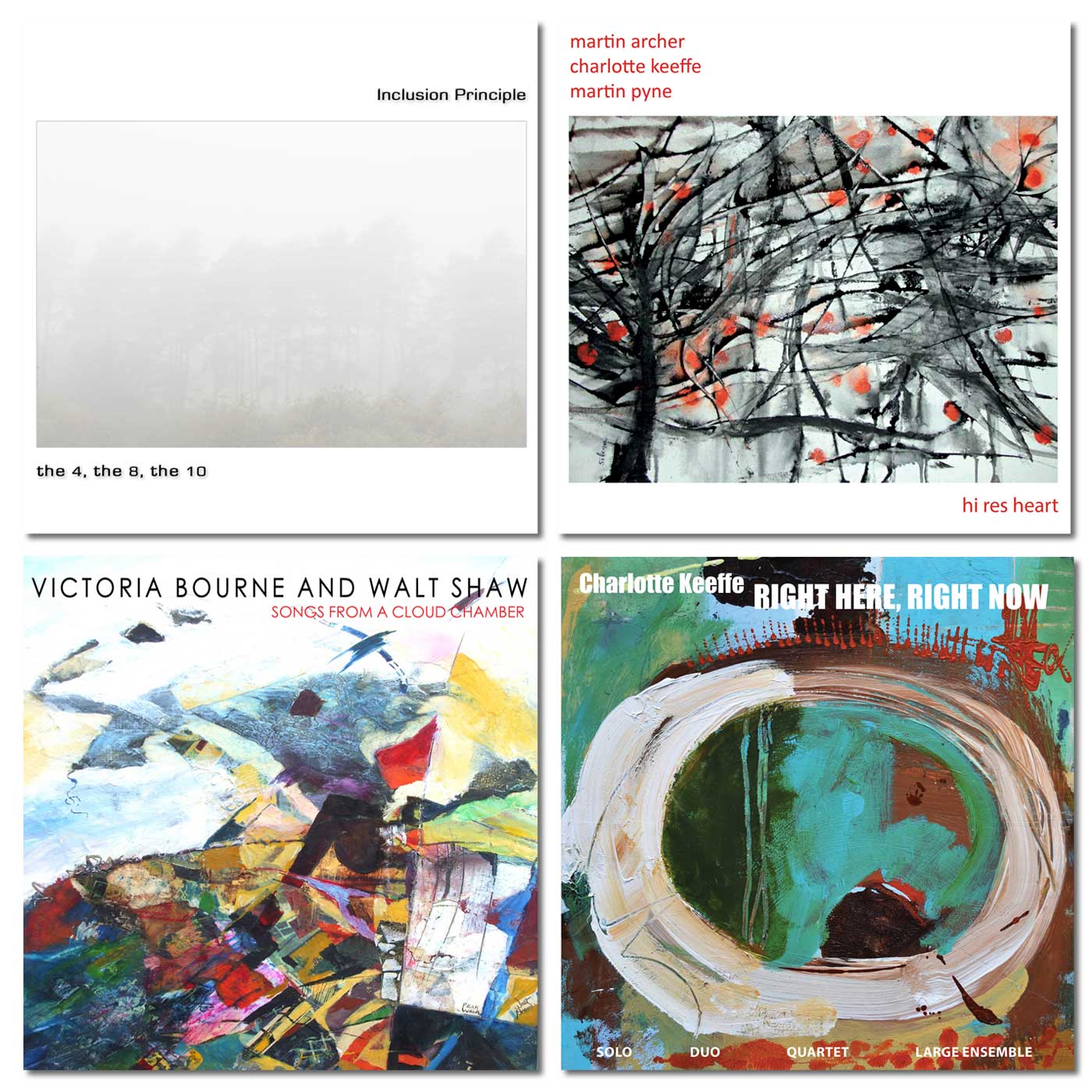 Please find some time to listen to these four latest releases from Discus Music – a home for new jazz, leftfield rock, electronics and adventurous songforms. 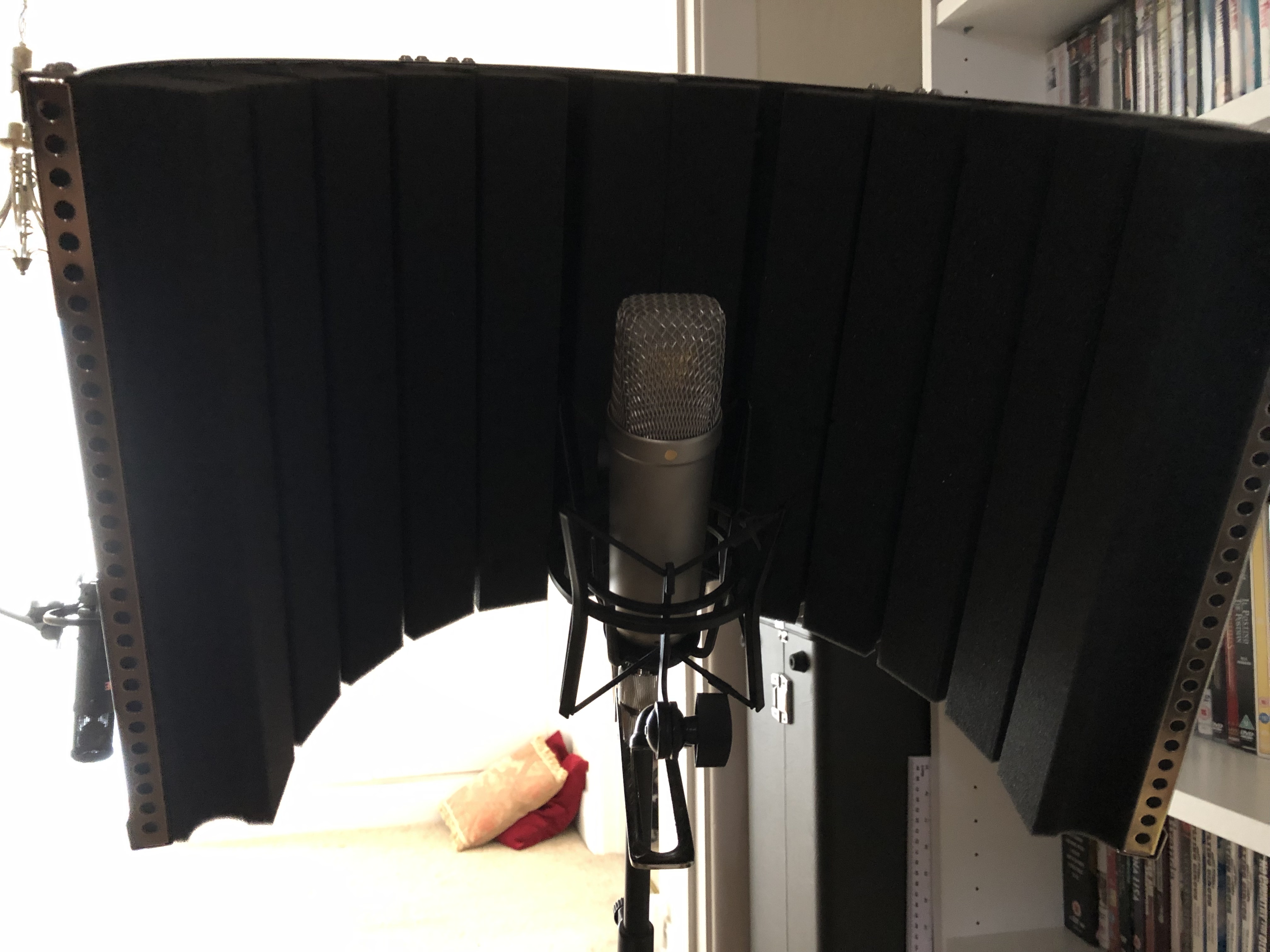 Today John Jasnoch visited Discus Music Studio - the first player to record here, other than myself, in 16 months. We recorded 105 minutes of improvised music for duo. John played acoustic guitar, 12 string guitar, electric guitar, oud, mandolin, banjo. I played saxello, sopranino, alto, tenor & baritone saxophones, flute, clarinet, bass clarinet and bass harmonica. Here's the view from behind my mic. As soon as logistics allow we will record again, this time as a quartet with Graham South on trumpet and Johnny Hunter on drums. A collation of these duo and quartet recordings will form a Discus Music release in 2022.