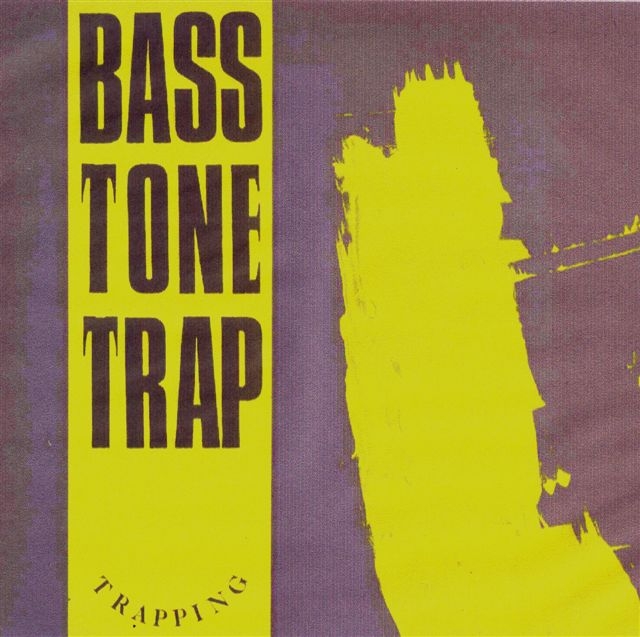 Re-release of the tight, energetic and complex 1983 jazz-punk record which was the first outing on record for several artists who appear on subsequent Discus releases. Physical CDs are sold out - available as download only.


Trapping captures BTT virtually live in the studio - from memory, only the vocals were overdubbed - , and reveals a tight band which constantly rehearsed and modified it's music always with the next gig in mind. The recording covers the whole range of the band's music from free improv to RnB influenced pop.

The disc kicks off with "Sanctified", which combines Pete and Paul's stop/start riff with a horn part I ripped off from John Lee Hooker's VeeJay recording of Green Onions added to the bassline from Lee Dorsey's Ride Your Pony. Note Paul's certifiable bass playing behind the tenor solo. Shameless!

The first serious piece on the record is Neil's "Inner Core". After a dramatic free jazz intro, an ominous 2 chord riff from the guitars chimes under Derek's supremely virtuosic tenor solo, gradually building until my wind-down melody closes the piece in some style.

"Stay there" is based round a fidgety Jasnoch riff and a fantastic Ulmer like solo from same.

"Afraid of paper" is the most adventurous structure on the record, and is a pointer to the episodic writing style I pursued next. A rather creepy high pitched melody for clarinet and acoustic guitars is followed by a series of cameo like free improvisations featuring different subsets of the band, one of which develops into a repeated riff reminiscent of Roscoe Mitchell's "Nonaah".

What was side one rounds off with "Magnetic north", with my Shepp like tenor melody set over a spacey drone texture. Note Derek's high frequency clarinet solo.

"Intruder" is another Archer original with striking melodies and riffs passed between pairs of instruments over a rolling free jazz beat, with a suitably wild solo from Neil.

"AAK" seems like light relief (the title is a particularly unpleasant medical reference) but musically relates to some of the 2-step rhythms we were hearing from Ornette and Ulmer around that time.

"Complex aesthetic" is another episodic instrumental featuring subsets of the whole band, and the sax duet is a harbinger of what Derek and I did next in Hornweb.

The longest piece on the record is "Sleep lights". My opening melody on tenor is followed by an AACM style improv behind Derek's bass clarinet. Neil and John's quasi funk riff ushers in a lengthy duet for Paul's uniquely improvised vocals plus Derek's unashamed RnB tenor, winding up with a short and furious group improv.

The extra tracks for CD are Neil's tune "Rare & Racy", our first (and only other) release on Martin Lilliker's Office Box label, which features the band in a conventional theme and solos structure - something we should maybe have done more of.

"Africa calling" was one of the first pieces written by the band, based on Neil's rhythm idea, and was often used as an opening number in concerts. This was recorded at the same session as Rare & Racy, and was mysteriously omitted from Trapping under the pressure of newer material. Clipping along here at a furious tempo it features a fine pair of sax solos plus an extremely interesting conception of how (not) to play organ from me.

"Radio slot" finishes the record, and it summarises for me everything that was best about Sheffield at that time - young people with open minds in control and having fun.

Input 8 track studio in 1983 certainly wasn't Abbey Road, but maximun respect to Alan Walker and Peter Oldfield for coaxing the best results possible out of their temperamental machines!

These reviews relate to the original 1983 vinyl release and to contemporary concerts:

"BTT are the most original band to come out of Sheffield, and if you don't believe me, listen to Trapping." - Proper Gander

"This Sheffield six piece brim with courageous ambition, two guitarists and two reed players locked in a clinch somewhere between Soft Machine and Archie Shepp. The swirl of circular improvisations suggests this is one collective who could actually play a jazz-rock that moves and involves." - Richard Cook, NME

"BTT are Sheffield's answer to the Art Ensemble of Chicago, and they know how to entertain" - Unidentified review

"This band has done what no other is doing - playing in a rock context to a rock audience and in a jazz context to a jazz audience without changing a single note, and succeeding" - Unidentified review

"A mish-mash of freeform jazz, jagged funk and empty spaces...great to tangle to." - This is entertainment

And these are reviews of the CD reissue:

"A re-release from 1983, Bass Tone Trap was the launching pad for several Discus Records regulars who’ve gone on to some of - okay, the most - experimental jazz/noise dada found today. Kickoff song “Sanctified” could be thought of as Madness trying to magpie Prince while keeping in the good graces of the patrons of a smoky jazz club, but from there it’s a no-wave opus of unfollowable drums, spur-of-the-moment bursts of grand mal vitriol, and chaotic progressions of all types and combinations, much of which had to be improvised and non-verbally cued (unless these guys are ten-fingered ants from Alpha Centauri, which could very well be for all the seriousness that’s gone into their stuff for all these years). “Safe in the Inner Core” finds guitarist John Jasnoch gently tickling the strings for a few bars before drums and sax rudely interrupt with a hyperspeed gun battle; “Afraid of Paper” dabbles in megaweirdo soundtracking, with all hands contributing to an unnerving motif that moves through Asian and pure noise analyses" - Eric Saeger, Spikemag

"Often hailed as a minor underground classic shortly after its 1983 release on LP, this rather zany jazz-rock outing seldom fails to entertain, even thirty years after the fact. On this effort, billed as a jazz-punk release, the British sextet’s uncanny methodology is supplanted by Frank Zappa-like quirkiness, free-form jazz workouts and tuneful themes. Bassist Paul Shaft doubles as a vocalist. He spoofs rock 'n' roll with tongue-in-cheek choruses atop odd-metered backbeats, wily horn passages, and John Jasnoch’s psycho wah-wah electric guitar licks. At times optimistic and at others drenched in angst and/or torment, the band equalizes many of the harsher moments with blossoming harmonic content. On “Intruder In The Dust,” the unit explores a psychedelic muse, complete with phased out guitars and budding ostinato grooves. In other spots, they poke fun at rockabilly, with avant garde overtones and goofy tirades. Then on “Sleep Lights,” the musicians touch upon the British free jazz movement, and their fractured dialogues strangely evolve into conventional swing vamps and late-‘60s rock. But the overriding distinction pertains to the ensemble’s ability to adopt a unified and irrefutably focused approach. In sum, these artists' oddball nooks, crannies and excitable penchant for experimentation is firmed up by their playfully maniacal outlook." - Glenn Astarita ALL ABOUT JAZZ