DVD - Mick Beck - Rather Different - A DVD by Jonny Drury 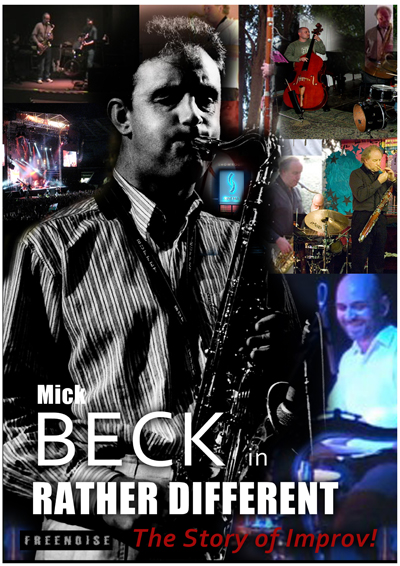 Mick Beck - The Movie - Rather Different

A DVD by Jonny Drury

Mick is one of the world's best virtuoso tenor sax and bassoon players. He began free improvising in the hotbed of 1980's London jazz scene, citing Sonny Rollins and Eric Dolphy as his main influences in the genre. Moving to Sheffield in the 1990's he met and played with Derek Bailey and through to 2004 was one of the lead organisers of Sheffield's Other Music, a bastion of the UK 's free music scene for 22 years.

In this revealing documentary Mick is interviewed about his personal and public musical life, from childhood to present day. The film includes much live footage, recordings and photographs from the last few years, demonstrating truly exceptional diversity. New interviews with a number of Mick's contemporaries in Sheffield bolster the view that Mick is at the centre of the dynamic powerhouse of spontaneous composing. The film is a fast paced and fun yet deeply revealing foray into a most misunderstood form of creative expression, known as free music.

Over 80 minutes of footage
Full music documentary plus...