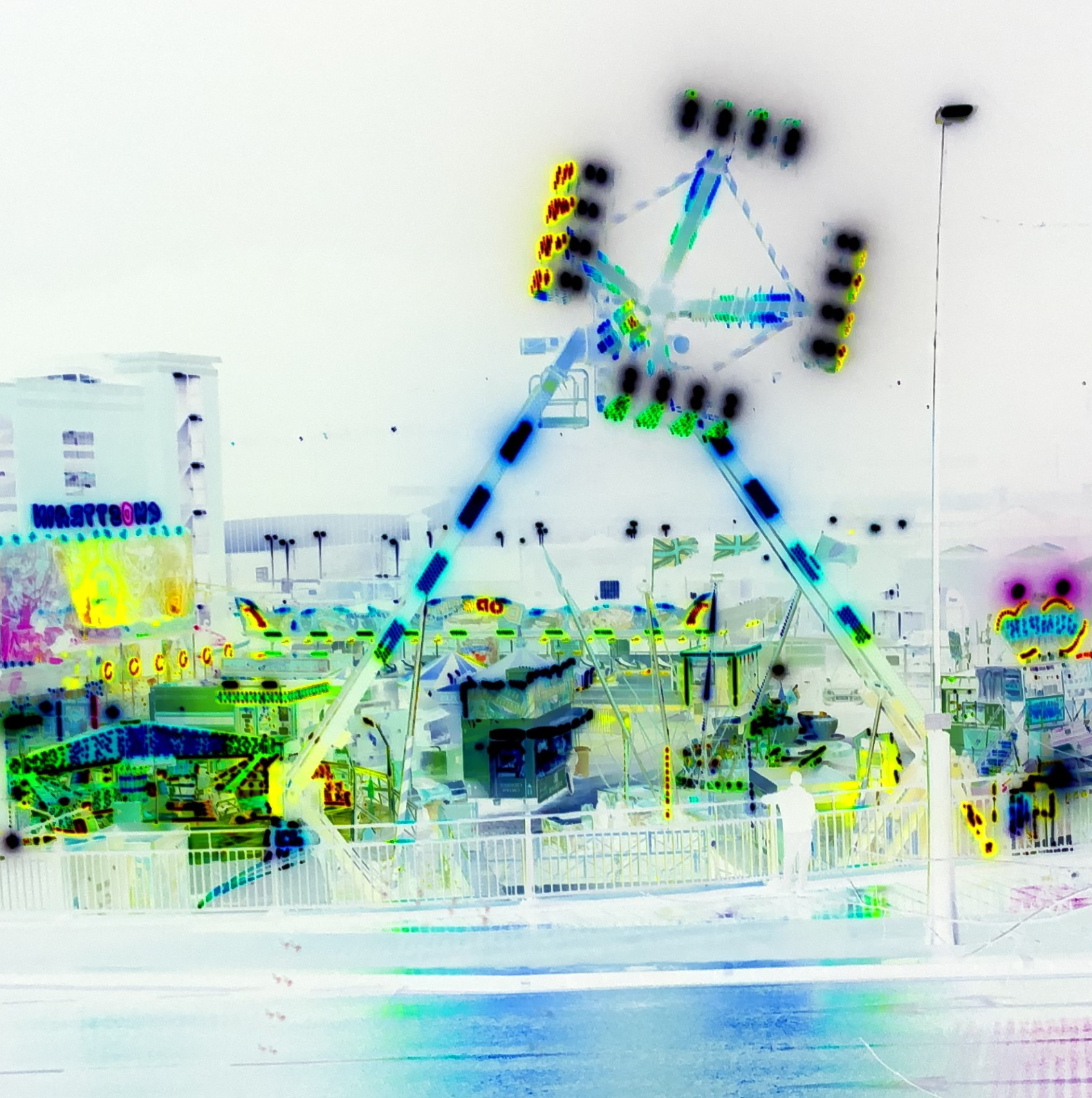 The music for Illusion Suite from the album Illusion (Discus 131CD) by Julie Tippetts & Martin Archer exists in three distinct layers.  The top layer is, of course, the complex and exquisite vocal arrangement by Julie.  The middle layer is the exciting instrumental playing by the cast of the JTMA Ensemble.  And at the heart of that piece is the base layer performed by the electronic musicians.  In making the electronic music available separately here, I was directly inspired by the practice of the master composer Karlheinz Stockhausen, who routinely published the electronic music “backgrounds” from the Licht cycle of operas as separate works, in order that the detail could be heard and appreciated.

I originally conceived the idea for this electronic music in 2013.  It was intended for the Vestigium album (Discus 48CD), but not completed.  Its form is dictated by chance procedures.  I asked Mark Hadman, Michael Harding and Hervé Perez to separately to make a 60 minute file with any content.  My only stipulations were that where the music was rhythmic, it should be on a 140 bpm grid, and secondly that the file should be 2/3 silence and 1/3 music.  I created a fourth file myself according to the same rules, and also incorporated some elements taken from vintage pirate radio recordings. As it happened, Mark and Hervé decided to make non rhythmic music while Michael and I opted for more rhythmic and melodic fragments.  I was then able to superimpose the four layers without any adjustment, and the resulting interactions provided the basic structure of the composition.  At this point I felt something was still missing, and I put the piece to one side while Julie and I completed the rest of the Vestigium album.

The catalyst to continue with the work came when my son James gave me a disc drive full of fragments of EDM pieces which he’d created for his own amusement.  All of these were rhythmically more dynamic than the material which I had so far, and I realised these would give the piece more backbone, and would give the Ensemble something more concrete to play along with.  James had worked uniformly at 120 bpm, but it was a simple job to speed the files up to 140 bpm, and also to strip off the bass drum parts which tended to conflict with the ones already in place.  There were hundreds of these little files, and I soon realised that it would be impossible to review and organise them in any meaningful way.  So instead I decided to stick with the spirit of chance procedure, and to use the ones I liked best in the alphabetical order in which they were stored on the disc drive, placing them into the piece and looping them in a way which seemed musical.  In the course of this phase I stretched the piece from 60 to 75 minutes, and introduced a number of deliberate repeats to enhance the total form. I also added a layer of very atmospheric ambient sound recorded by Chris Trent at Magna Steelworks in Rotherham, sampled from his recording of the live performance piece Disaster Box by Walt Shaw, Gillian Whiteley and Geoff Bright. Finally, the long piece was divided into seven sections.

This is the music which you are hearing now, stripped of almost all the subsequently recorded instrumental and vocal layers.  For musical reasons I did retain the occasion piece of instrumental playing.  All of my melodica parts remain simply because they sound good in this context. I also kept some elements from Anton Hunter’s guitar parts especially when they moved into looping territory.

I hope that you’ll enjoy this work both in its own right and also as an illumination of the complete Illusion Suite itself.