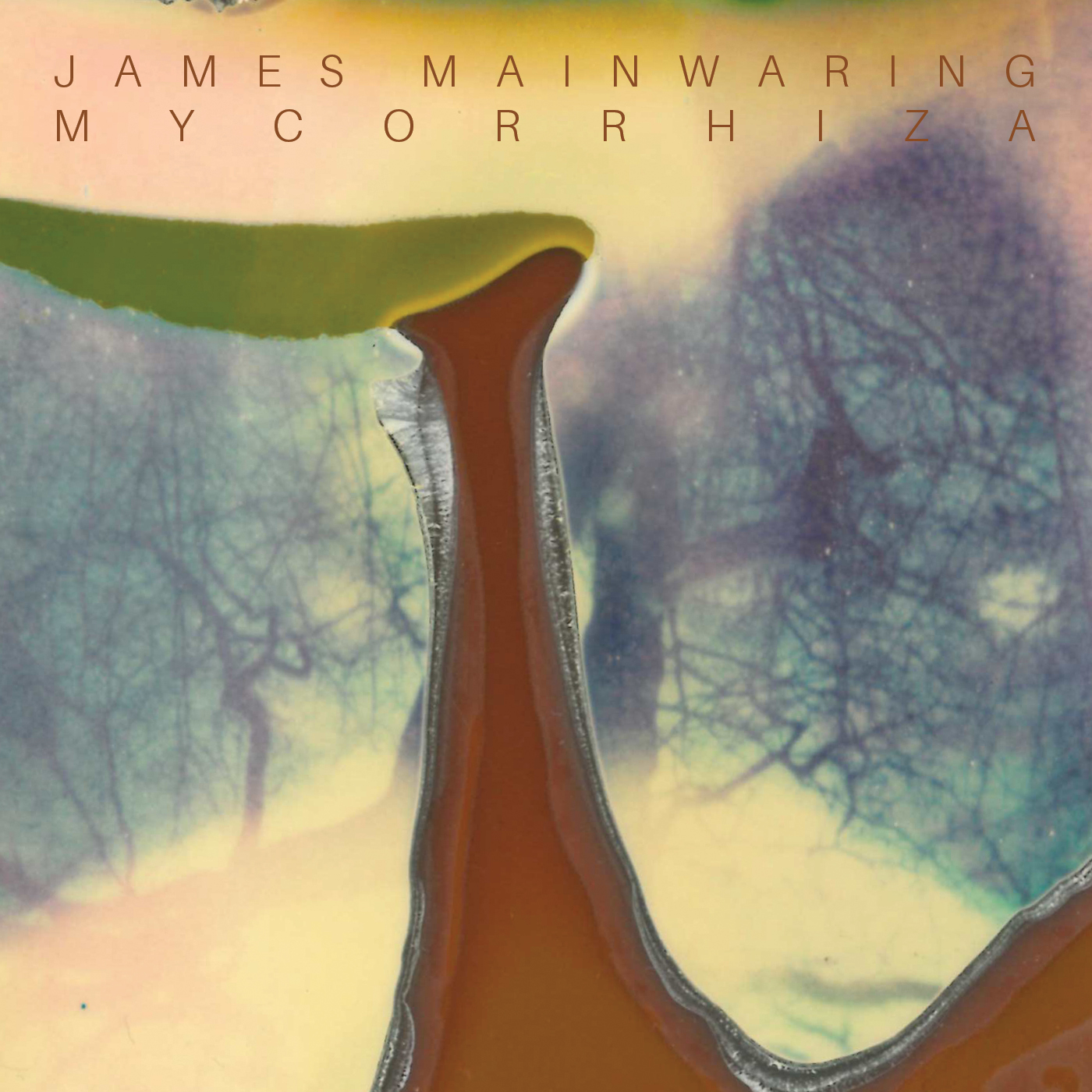 Mycorrhiza is the term describing the symbiotic relationship between mycorrhizal fungi and a plants root system. The fungi forms networks between the trees, allowing them to communicate. Often nicknamed the ‘wood wide web’, the network allows trees to send each other nutrients and warn each other about predators such as bugs, deer, or harmful pathogens. This album is inspired by natural systems like this and is concerned about the human impact and the corruption surrounding it.

The album flows like a single piece, in a calm and restrained, yet unsettling way, and the rhythmic content ramps up towards the end. As the album progresses it becomes centred around the human voices which give this work much of its special character. In reflection of restraint, interestingly, James, who is a virtuoso saxophonist, is very sparing with his solos, giving them a different kind of impact. On alto and tenor, they are present most clearly towards the ends of ‘Statues’, ‘Year of the Snake’, ‘Woken up by Dogs’, and mid-way through ‘Our Lungs’. Genre-wise, the album appears to occupy its own space, the strings possibly evoke 1970s leftfield BBC documentary soundtracks – the other closest reference point might be the post-Henry Cow body of music, maybe News From Babel?

Following the album’s introduction, which is an excerpt from a conducted improvisation, there are two forest-influenced tracks: ‘Dawn’, which is an improvisation narrating the forests’ first light and dawn chorus, and ‘Komorebi’, which is a Japanese word that roughly translates to “the scattered light that filters through when sunlight shines through trees”. James wrote this piece at dawn while recording the field samples in the park near the house where he grew up. The house was recently sold to HS2 to make way for a new rail line. Alongside the loss of 1000s of homes – HS2 is in the process of destroying 108 ancient woodlands and 693 wildlife sites. The following track, ‘Roots’, was created via an improvisation using quiet sustained notes with electronic overdubs by Chris Sharkey. ‘Machines’ aims to interrupt the album and change the direction - like diggers showing up to destroy the forest. ‘Statues’ is a song that relates to feelings of powerlessness in reflection of the consequences of HS2. ‘Dotted Line’ is a composition reverting to the style of ‘Komerebi’, but with the new information in mind. ‘Web’ and ‘Interlude’ are the final improvisation excerpts on the album, which James states ‘I chose, edited, and ordered the improvised tracks aiming to form a narrative with the compositions and songs – to me they’re as important and valuable. The band's contribution and collective understanding of the music was amazing, I’ve felt extremely lucky to be working with them throughout the process.’ ‘Our Lungs’ was written during the summer as reports that fires were getting out of control in the Amazon rainforest were announced. ‘Globe’ is more sci-fi influenced - it’s a song about Earth thankfully waving goodbye to humans, so it can start recovering. A selection of humans escapes so they can live on a spaceship while the rest of them die. This is followed by another instrumental tune, ‘Year of the Snake’ which leads to the final track of the album, ‘Woken up by Dogs’, which is inspired by the extinction rebellion and their acts of civil disobedience.

James Mainwaring is a saxophonist, composer and singer-songwriter based in Leeds, UK. While his background is in jazz and rock music, his music aims to be genre-fluid, and as a saxophonist, he is interested in augmenting his sound with extended techniques and electronics. Since moving to Leeds to study at Leeds Conservatoire where he is now a tutor; he has released three albums with the Mercury Prize, Jazz FM and MOBO nominated Roller Trio and toured extensively throughout the UK, Ireland, Europe, as well as British Council funded performances in South Korea and North Sudan. He has also led Tipping Point, who released The Earthworm’s Eye View in 2015, the Guardian described the album as ‘playful, dark, skilful and spontaneous… a sure-footed trip across many persuasions in contemporary music’. As well as a bandleader/collaborator, he has toured/recorded as a sideman with artists such as Nduduzo Makathini, (Ikhambi), Django Django, John Law (Configuration), Dave Kane, Morten Schantz, Sean Foran, Martin Archer, and Space Fight.