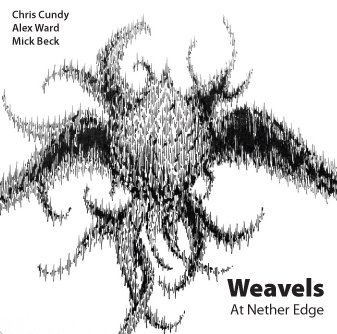 13 interesting things to do with a saxophone, bassoon and a bunch of whistles.

These pieces explore the ever fascinating boundary between conventional harmonies and looser playing. There are 5 bassoon tracks, 7 saxophone and 1 ON whistles . The order in which different whistles are used in track 13 is little ocarina, recorder, recorder plus tin whistle, tin whistle, swanny, vixen call, and recorder again to finish.  The majority of tracks are pure improvisations, but there are four compositions by others whose music inspired me to play.  Sheffield has been my main base for the last 25 years, and the images and whole album echo my life's experiences in that time.

Sheffield based reedsman Beck has been a fixture on the UK improv scene for a quarter century, and graced countless recordings as a sideman and collaborator - but this is his first solo venture proper: 13 single take live-in-the-studio tracks that, in Beck's own words "explore the ever fascinating boundary between conventional harmonies and looser playing. Largely , that means spontaneous improvisations showcasing a confident mastery of extended tenor saxophone techniques and an inquisitive dedication to unravelling the possibilities of the bassoon. In Beck's hands, this normally quaint and sedate woodwind , rarely associated with improvisation, becomes by turns a vicious, snarling entitiy or a sonorous well of complex overtones. This CD includes a couple of ttunes by Ornette Coleman and Eric Dolphy, and the final track..... with its playful tinkering with ocarina, recorder, swanny and tin whistle also reveals the influence of Roland Kirk - but for the most part, this is the work of an underrated British original. - DANIEL SPICER, JAZZWISE

If you enjoy the no-nonsense blowing of Mick Beck, you could do worse than invest in Life Echoes (DISCUS 36CD), a solo record whereon he picks up said bassoon and his more familiar tenor sax for a collection of short and lively cuts. The intention is to explore the ever-fascinating boundary between conventional harmonies and looser playing; I’m not quite sure what this means, but I sense there are more concessions being made to allow inroads for the non-initiate. He does plenty of noisy sucking effects and squeaking honks which will please those of an avant bent, but the occasional breaks into melodic forms (some of them rather greyly melancholic in tone) may help decrease the alienation factor for those listeners who shrink from jazz or free music. Most cuts come in at three minutes or less; almost an attempt at a pop record (in the same way that Trane’s Giant Steps is a pop record). - SOUND PROJECTOR

My first exposure to Beck was when he played solo in Brighton's SafeHouse in 2010. It was an enormously enjoyable occasion riddled as it was with humour and diverse sounds. Duck calls squeaked for attention with sax and bassoon. Ferocious sounds mixed with a lighter subtle touch as they're all part of the same language anyway. After 25 years of playing these sounds become malleable in his hands. Sometimes they flow, sometimes they break and flutter like sounds heard for the first time. Recorded in 2008 the album's 13 solo sections form a perfect example of his approach. Stutter and swing, clatter and flow all at once and somehow out of that it makes for melodic listening. He's working here with harmonies. Maybe that's what makes it feel familiar? Yet he's skewed it somehow to cross the line. It's interesting to hear him playing solo rather than playing with other musicians, which he's more known for. The work becomes more introverted and thoughtful. He does give himself something to work with on 'Impossible to Say' and 'So…' which are self penned compositions. Also he reworks Eric Dolphy's '245' and Ornette Coleman's 'Free.' It's rather exciting to hear him play those tracks. I wouldn't say the album was overtly challenging. Instead it uses more subtle methods of questioning the familiar. If there's someone you know wants an 'in' to improvisation, this is a good album for them to hear. There are some fine shots of Beck on the sleeve. The front and back cover feature some great artwork by Marion Rout. - Hassni Malik, Irrational Arts