91DL - Walt Shaw - Burnt With A Brilliant Light - Download only 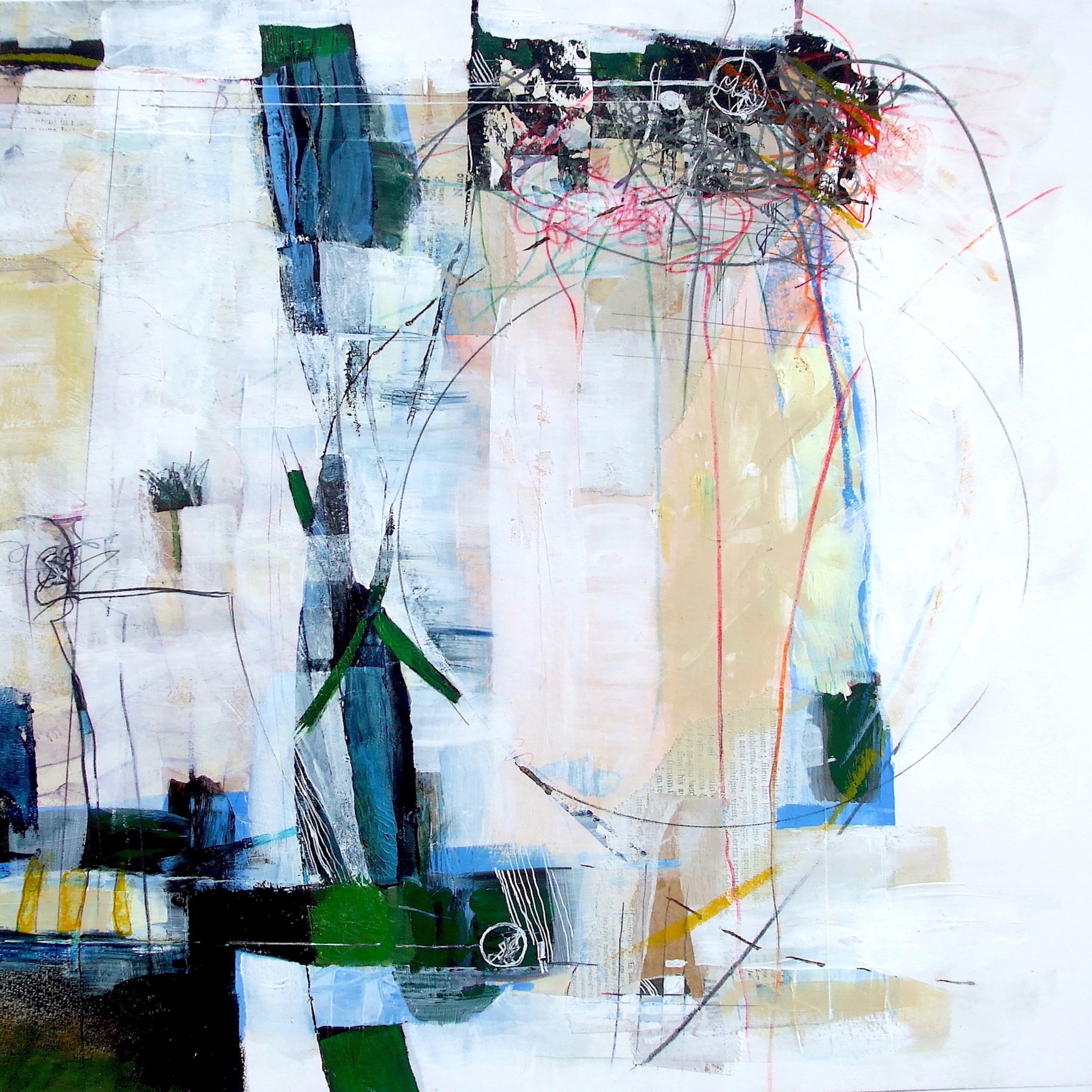 I used drums, cymbals, gongs, bowls, home-made instruments and objects.  The performance consisted of 10 short sound ‘sketches’, each one dedicated to a different artist that has meant a lot to me in my artistic development.

I am always looking for processes that in some way fuse my love of sound and the visual art medium.  So hopefully each percussion ‘sketch’ appropriately invokes the spirit of each artist with my personal sound interpretation.

Thanks  to Chris White at Electric Fields studios in Bretby, Derbyshire for the live recording and for editing this set, to Déda and Vitor Azevedo, who curated the exhibition.

The pieces are dedicated to:

The cover image is one of my paintings in the Derby show:  “Invocation” - in acrylics, graphite and inks.

We’re always on the lookout for great covers.  While we can’t judge an album by its cover, a great cover makes us listen.  A wide range of websites, from Bandcamp to Boomkat, offer so many new releases that sometimes art is the only way to get attention.  Unfortunately, many artists ignore this fact, offering blurry, indistinct or otherwise unmemorable images, claiming that their music will do the talking ~ but seeing nothing of interest, the viewer never clicks on the sound.

Walt Shaw understands this reality.  We’re not sure whether he was a painter or a percussionist first, only that he has been doing this for quite a long time and is incredibly talented.  Shaw also makes many of his own instruments (often from scrap) and has a special affinity for gongs.  Earlier this year, his two worlds collided in an enjoyable way: a solo percussion set performed at the opening of his art exhibition at Deda.  Each short “sketch” is dedicated to an artist who has influenced Shaw; Barbara Hepworth’s inclusion is especially gratifying, as it’s only been a week since we reviewed Olivia Louvel’s tribute to the iconic sculptor.

It’s interesting to watch Shaw play, as he holds his drumsticks as one might hold a paintbrush, often hesitating ~ or waving ~ before striking a note.  In the video for “Kurt Schwitters,” he plays a metal drying rack and puts it away before continuing the performance, something one would never guess without the eye.  He drops a drumstick, leaves his seat, picks up a rope in one hand and a chime in another, then uses those as drumsticks.  Schwitters was a German collage artist whose influence on Shaw’s work is easy to spot; the sketch is but an aural collage.

In contrast, David Blackburn worked primarily with pastels, which calls to mind the question of how to portray them in music.  Initially, Shaw is quieter in this piece, with subdued drum rolls and light taps on the gong.  The track has a hard time conjuring pastel; more fitting is the dedication to expressionist / surrealist Paul Klee, which provides license to experiment.  Shaw attacks the instruments with glee, allowing the track to find its own form.  The pensive “Barbara Hepworth” honors the sculptor and her path to reception, producing a pleasant contrast to the preceding piece.  But perhaps the best match is “Wassily Kandinsky,” as the geometric shapes and swirls of Kandinsky’s work are a perfect partner for synesthetic percussion.

While “Cy Twombly” could have used a few more scribbles, “Mark Rothko” nails it with a sense of horizon; Shaw allows reverberations to elongate in a manner that honors the painter’s work.  In like fashion, “Richard Long” plays with circles and on circles, the gong being the primary example.  It’s a challenge to give each track a distinct soundscape.  Fortunately there’s a great variety of artistic styles, continuing with the assemblages of Joseph Cornell, another medium that has attracted Shaw over the years (albeit with fewer shadow boxes).  Richard Diebenkorn may be the hardest artist to summarize, as he changed styles so many times; Shaw honors him by doing the same, starting with the gong, following it with the sound of dragged objects on strings and concluding with sand and breath, invoking a Tibetan mandala.

The only frustration is that there’s no vinyl edition, only digital.  One can’t hold a copy of this cover as a cover, or this release as a release. The acrylic painting (“Invocation”) is one of dozens of images that would make stunning LP covers; see Shaw’s website for a sample.  But whether the cover draws the attention to the music, the music to the art, or the titles to the work of others, all components work in connection ~ like an assemblage or a collage.  The circle is complete.  - Richard Allen, A CLOSER LISTEN