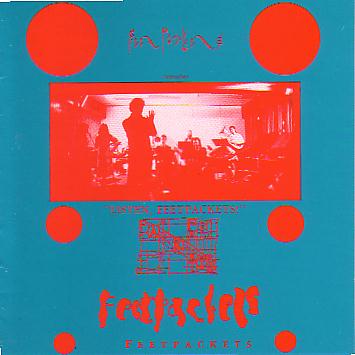 What's that sneaking around the corner? Is it the rising tide of social unrestbehind the iron curtain? Is it the march of PCs into offices and the click-clackexit of staff from typing pools? No, it's Feetpackets! In 1989 this band of 14 improvisersbased in or near Sheffield had, under Mick Beck's leadership, a full and frankdevelopmental experience of musical composition and structure combined with freeindividual expression. Touring England three times in the period 1988 to 1990, themusic of the band stamped itself indelibly in the memories of many improvised music fans.Mick still finds people at his current gigs who hark back to Feetpackets at London'sSeven Dials or the Outside In festival at Crawley. This CD (made at a time when no-one else in the band owned a CD player) was recorded to capture some of itsideas, their uniqueness at the time in the UK (possibly Europe), and the energyof its performance.It is historical and in places very moving. It contains pieces by six of the band,and has a wealth of compositional ideas.